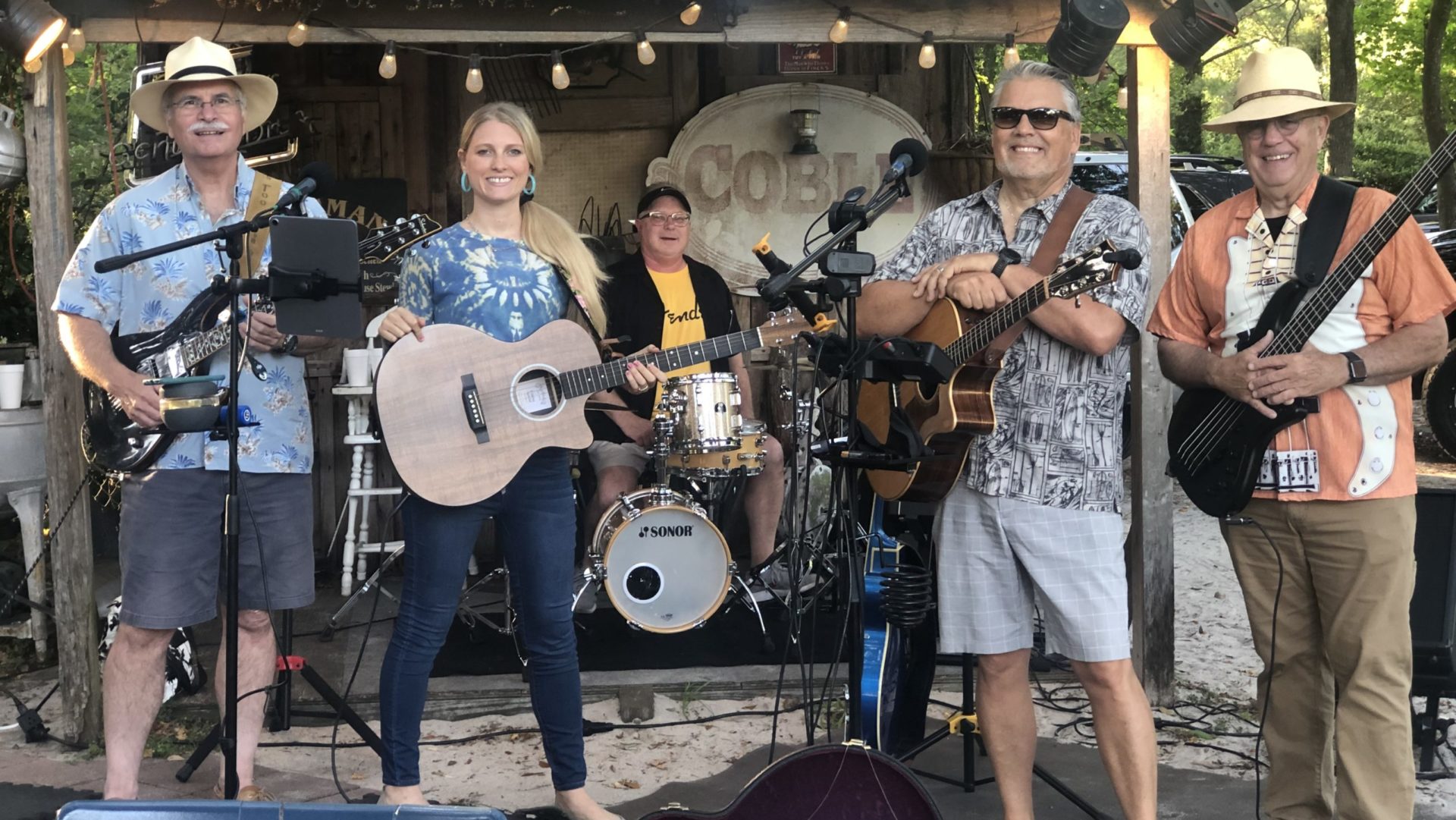 40 Years Too Late formed in 2015 when Rob and John began playing together for fun. Soon they started performing at small, private events.  Jim joined the duo in 2018, then Crystal added a new dimension in 2019 and finally Steve joined in 2022.

The band’s name has its origin in the title and lyrics of Jimmy Buffett’s song A Pirate Looks at Forty. Instead of starting in our 20’s, we began playing 40 years too late.

Lead guitar and harmonica. John began teaching himself to play guitar in 2014 after he retired. He never imagined being part of an actual band. He started playing the harmonica after receiving one as a Christmas gift.

Vocals and acoustic guitar. Crystal sang and played guitar in her younger years. She brought a whole new sound and dimension to the band when she joined the guys.

Drums. Steve has played drums for many years. He keeps us on a steady beat.

Vocals and acoustic guitar. Rob has played guitar and sung in bands and as a solo act for many years. He is the foundation we are built upon.

Bass. Jim started playing bass only in recent years. His grooves keep everything on course.